So your PC randomly shuts down or gives you the blue screen of death, but you can’t figure out what’s wrong. The problem could be bad memory or hardware related, and thankfully the Ubuntu Live CD has some tools to help you figure it out.

Test your RAM with memtest86+

RAM problems are difficult to diagnose—they can range from annoying program crashes, or crippling reboot loops. Even if you’re not having problems, when you install new RAM it’s a good idea to thoroughly test it.

The Ubuntu Live CD includes a tool called Memtest86+ that will do just that—test your computer’s RAM! Unlike many of the Live CD tools that we’ve looked at so far, Memtest86+ has to be run outside of a graphical Ubuntu session. Fortunately, it only takes a few keystrokes.

Boot up your computer with a Ubuntu Live CD or USB drive. You will be greeted with this screen: 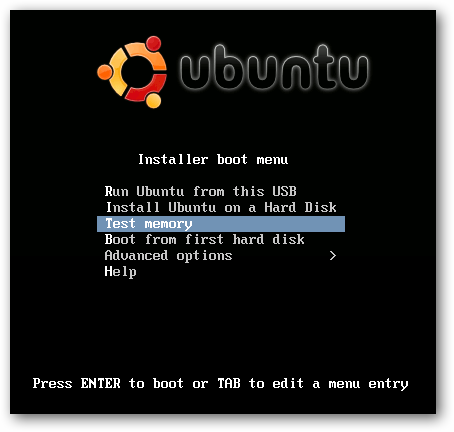 Use the down arrow key to select the Test memory option and hit Enter. Memtest86+ will immediately start testing your RAM. 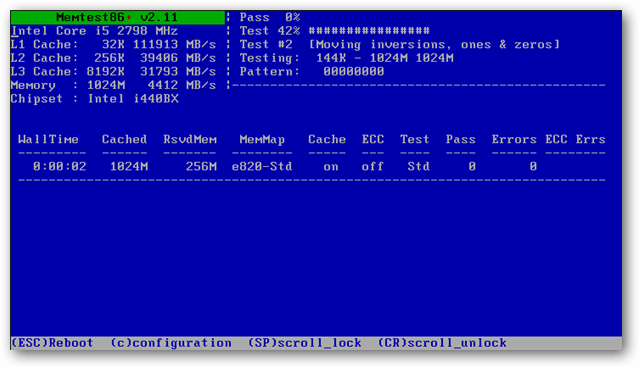 If you suspect that a certain part of memory is the problem, you can select certain portions of memory by pressing “c” and changing that option. You can also select specific tests to run. 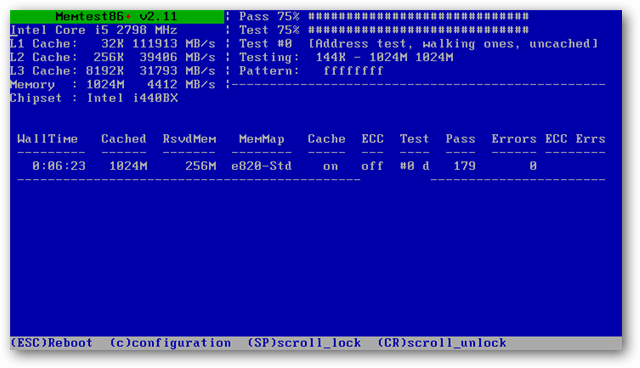 However, the default settings of Memtest86+ will exhaustively test your memory, so we recommend leaving the settings alone. Memtest86+ will run a variety of tests that can take some time to complete, so start it running before you go to bed to give it adequate time.

Test your CPU with cpuburn

Random shutdowns – especially when doing computationally intensive tasks – can be a sign of a faulty CPU, power supply, or cooling system. A utility called cpuburn can help you determine if one of these pieces of hardware is the problem.

Note: cpuburn is designed to stress test your computer – it will run it fast and cause the CPU to heat up, which may exacerbate small problems that otherwise would be minor. It is a powerful diagnostic tool, but should be used with caution. 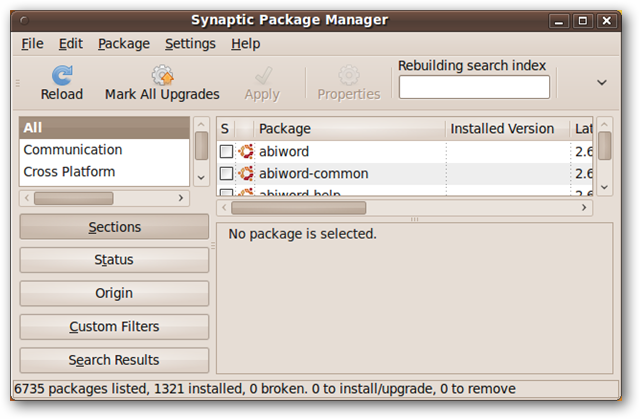 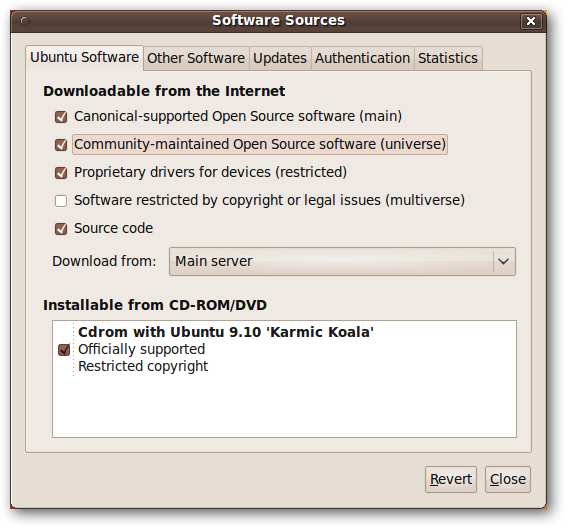 Click close. In the main Synaptic window, click the Reload button. After the package list has reloaded and the search index has been rebuilt, enter “cpuburn” in the Quick search text box.

Click the checkbox in the left column, and select Mark for Installation. Click the Apply button near the top of the window. As cpuburn installs, it will caution you about the possible dangers of its use. 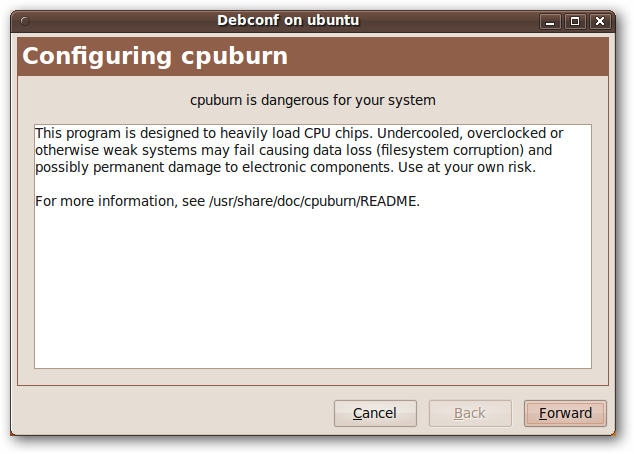 Assuming you wish to take the risk (and if your computer is randomly restarting constantly, it’s probably worth it), open a terminal window by clicking on the Applications menu in the top-left of the screen and then selection Applications > Terminal.

Cpuburn includes a number of tools to test different types of CPUs. If your CPU is more than six years old, see the full list; for modern AMD CPUs, use the terminal command

and for modern Intel processors, use the terminal command

Our processor is an Intel, so we ran burnP6. Once it started up, it immediately pushed the CPU up to 99.7% total usage, according to the Linux utility “top”. 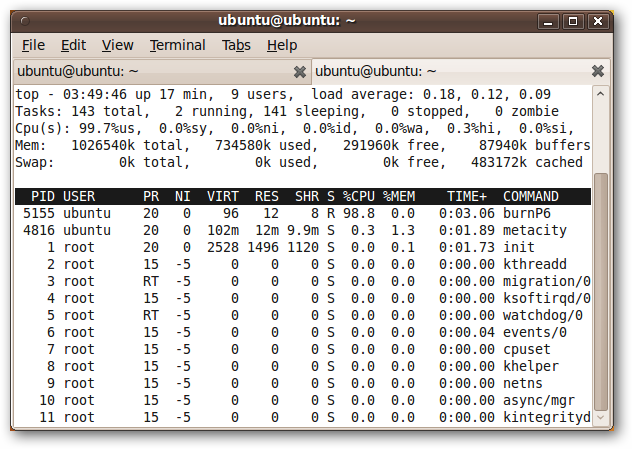 If your computer is having a CPU, power supply, or cooling problem, then your computer is likely to shutdown within ten or fifteen minutes. Because of the strain this program puts on your computer, we don’t recommend leaving it running overnight – if there’s a problem, it should crop up relatively quickly.

Cpuburn’s tools, including burnP6, have no interface; once they start running, they will start driving your CPU until you stop them. To stop a program like burnP6, press Ctrl+C in the terminal window that is running the program.

The Ubuntu Live CD provides two great testing tools to diagnose a tricky computer problem, or to stress test a new computer. While they are advanced tools that should be used with caution, they’re extremely useful and easy enough that anyone can use them.