What other tool is using my hotkey?

I use Greenshot for screenshots, and it's been nagging about some other software tool using the same hotkey. I started receiving this warning message about two days ago. It shows up each time I reboot and log on to Windows.

The hotkey(s) "Ctrl + Shift + PrintScreen" could not be registered. This problem is probably caused by another tool claiming usage of the same hotkey(s)! You could either change your hotkey settings or deactivate/change the software making use of the hotkey(s).

What's this all about? The only software I recently installed is

What I would like to know is how to find out what other tool is causing this conflict? Do I really have to uninstall each program, one by one, until there is no conflict anymore?

I see no option for customizing any hotkeys in CPU-Z, and according to docs there are only a few keyboard shortcuts. These are F5 through F9, but they are no hotkeys. There is nothing in Core Temp, and from what I can see... nothing in Speed Fan. Is any of these programs known to use Ctrl + Shift + PrintScreen hotkey for screenshots?

I am actually suspecting the Dropbox client. I think I saw a warning recently coming from Dropbox program, something to do with hotkeys or keyboard shortcuts. I see that it has an option for sharing screenshots under Preferences menu, but I see no option for hotkeys. Core Temp actually also has an option for taking screenshots (F9) but it's just that - a keyboard shortcut, not a hotkey. And again, there's no option actually for changing this setting in Options/Settings menu. 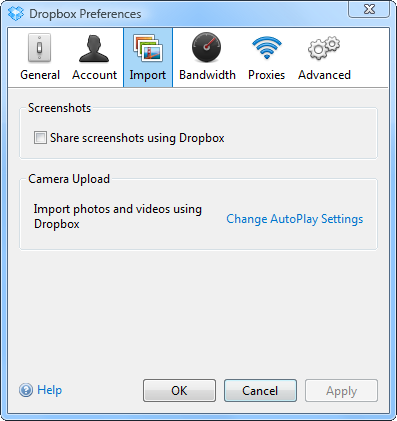 How do you resolve this type of conflicts? Are there any general methods you can use to pinpoint the second conflicting software? Like... is there some Windows registry key that holds the hotkeys? Or is it just down to mere luck and trial and error?

I forgot to mention, when I do use the Ctrl + Shift + PrintScreen hotkey, what happens is that the Greenshot context menu shows up, asking me where I want to save the screenshot. 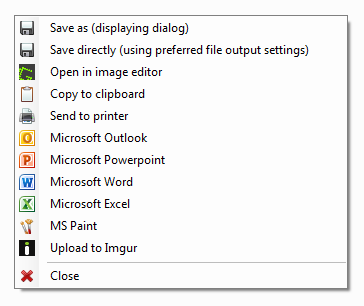 So it appears to be working. But I am still getting the darn warning every time I reboot and log on to Windows?! I actually tried changing the key bindings in Greenshot preferences, but after a reboot it seems to have returned back to the settings I had previously.

I can't see any hotkey conflicts in the Widnows Hotkey Explorer. The aforementioned hotkey is reserved by Greenshot, and I don't see any other program using the same hotkey binding. 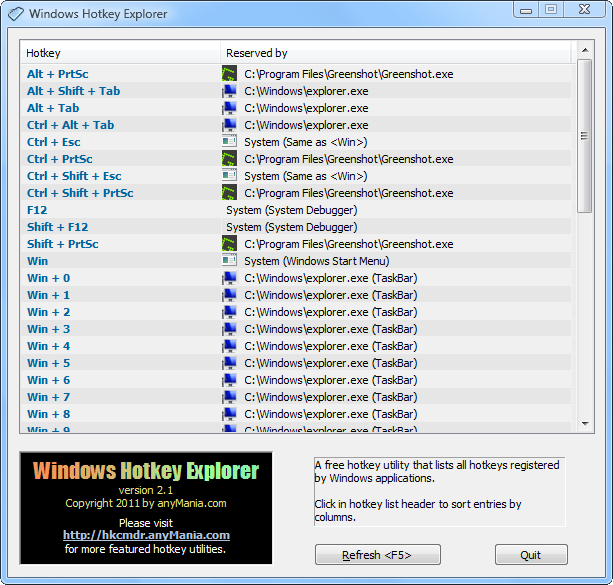 But when I went into Greenshot preferences, this is what I discovered. 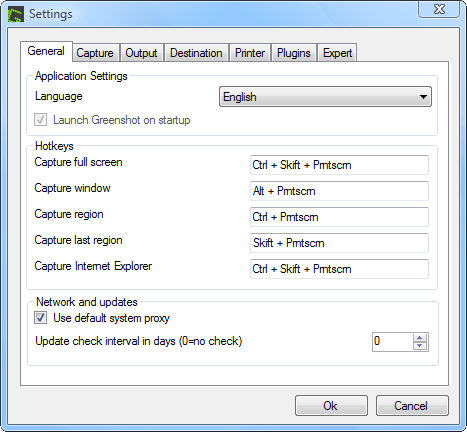 As you can see it's the Greenshot itself that uses the same hotkey twice! I guess that's why no other program was listed above as using this hotkey. But how can Greenshot be so stupid to use the same hotkey more than once? I didn't do this! It's not my fault... I'm not that stupid.

This is what it's set to right now:

And this is my preferred setting:

I don't use any hotkey for "last region" and IE. But when I set this to my liking, as listed here, Greenshot gives me the same warning message, even as I tab through the hotkey entry fields. Sometimes it even gives me the warning when I just click Cancel button. This is really crazy!

On the side note... You might have noticed that I have "update check" set to 0 (zero). This is because, in my experience, Greenshot changes all or only some of my preferences back to default settings whenever it automatically updates to a new version. So I opted to stay off updates to get rid of the problem. It has done so for the past three updates or so. I hoped to receive a new update that would fix the issue, but I think it still reverts back to default settings after each update to a new version, including setting default hotkeys.

I'll give you just one example of how Greenshot behaves. This is the dialog I have in front of me right now. 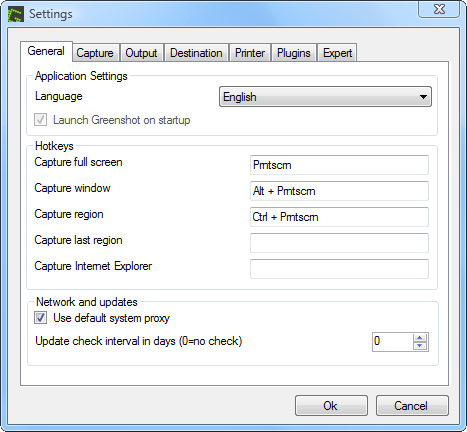 As you can see, I have removed the last two hotkeys and changed the first one to my own liking. While I was clicking in the fields and removing the two hotkeys I was getting the warning message.

So let's say I click in the "capture last region" field. Then I get this:

Note that none of the entries include "Ctrl + Shift + PrintScreen" that it's warning about.

Now I will change all the hotkeys so I get something like this: 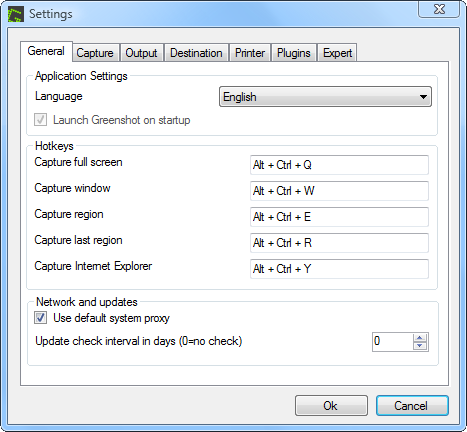 So now I'm using QWERTY letters for binding, like Ctrl+Alt+Q, Ctrl+Alt+W and so on. As far as I know no Windows program is using these. While I was clicking through the different fields it was giving me the warning. Now when I try to click OK to save the changes, it once again gives me a warning about "ctrl + shift + printscreen".

After setting the above key bindings (QWERTY) and saving changes, and then rebooting, the conflict seems to have been resolved. I was then able to set following key bindings.

I was not prompted with the warning message this time. Perhaps changing key binding required a system reboot? Sounds far fetched but that appears to be the case. I'm still not sure what caused this conflict, but I know for sure that it started after installing aforementioned programs. It might just have to do with Greenshot itself, and not some other program.

Like I said, I know from experience that Greenshot likes to mess with users' settings after each update. I wouldn't be surprised if it was actually silently updated, even though I have specified not to check for updates, then it changed the key bindings back to defaults and caused a conflict with the hotkeys that were registered with the operating system previously. I rarely reboot the system, so that could have added to the conflict.

Next time if I see this I will run Hotkey Explorer immediately and see if there is another program causing the conflict.