I upgraded to the OCZ-Agility3 120GB from a 60 OCZ Vertex2 SSD. I cloned the drive from the Vertex to the new Agility. Everything seemed to have gone well and have not had any problems.

Recently in the passed month I have gotten this error: 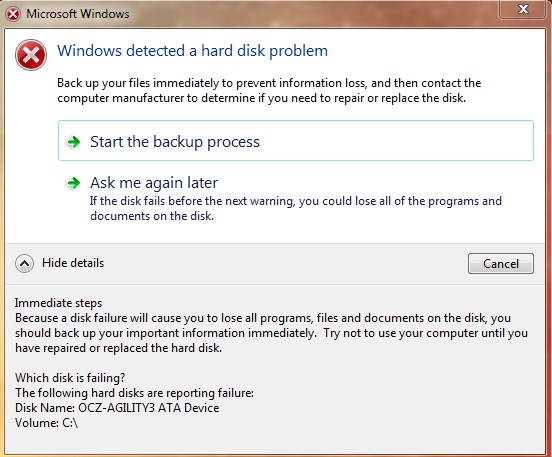 I downloaded teh OCZToolboxMP and ran the SMART utility and don't see anything wrong:

Does anyone have any ideas of what might be wrong and or how I can go about fixing this? Please let me know if there is other information I can provide. Thanks for your help